Your longest night is nearing its end when you discover that, in a small town, rats have joined forces with other animals to fill houses with dangerous presents as revenge for the traps\n\

So your task doubles: not only will you have to deliver the right presents under the Christmas trees, but you'll have to remove the bad ones - all before morning comes.

A little new-old Xmas C64 game, by Marco Giorgini (with an original soundtrack by Andrea Capitani)

A special thanks to Eric Akeson for his priceless testing time.

This is my first C64 game. I really hope you enjoy it. If so, and if you have the time, I'll be really happy if you help spread it around by sharing your gameplay or talking about it.

Ah, this game is free. I won't mind a few dollars for a coffee or a beer, but they're not really necessary. If you have something extra to share, please do so with those close to you who may be having a better day for a little unexpected surprise.

Hey, it is Christmas after all :-)

Some general notes about the game:

- the complete game is the full version. It's the one with 9 different levels and a game movement change while going on playing again them with less time - if you're able to beat them.  The game has not a specific end - it's you against your top score (that won't be saved once you leave, sorry).
The original version (released before Xmas) has just the first three levels (and then goes on repeating with them).

- exploding gifts give you more points, so if you can it's better to take them in order (after a trembling one check where's the new next one)

- rats and bats defeat you with a single touch, so watch out when you jump even for animals moving on the above level

- inside walls with a hole in the lower part leave rats running thru them, while of course you can't (this will happen in levels 4-5-6-7-8-9)

- holes in the background (black) walls let the rats to move from a room to another one, even on a different floor (this will happen in levels 7-8-9)

- this game has been developed using CC65 compiler (https://www.cc65.org/)

- this game has been inspired by countless 8bit/16bit and/or arcade games but it would be unfair if I forgot also to tribute the more recent Darkula by Locomalito (https://locomalito.com/darkula.php) as a source of inspiration

What a fun Christmas present, the opportunity to test for you Marco! It was an absolute pleasure during my holiday!  THANK YOU! Here's a game play example and please subscribe to my channel if you are so inclined!  Happy New Year!
Reply
Marco Giorgini324 days ago

it's been a pleasure for me too, to work with you :-) thanks again for your precious work .-) 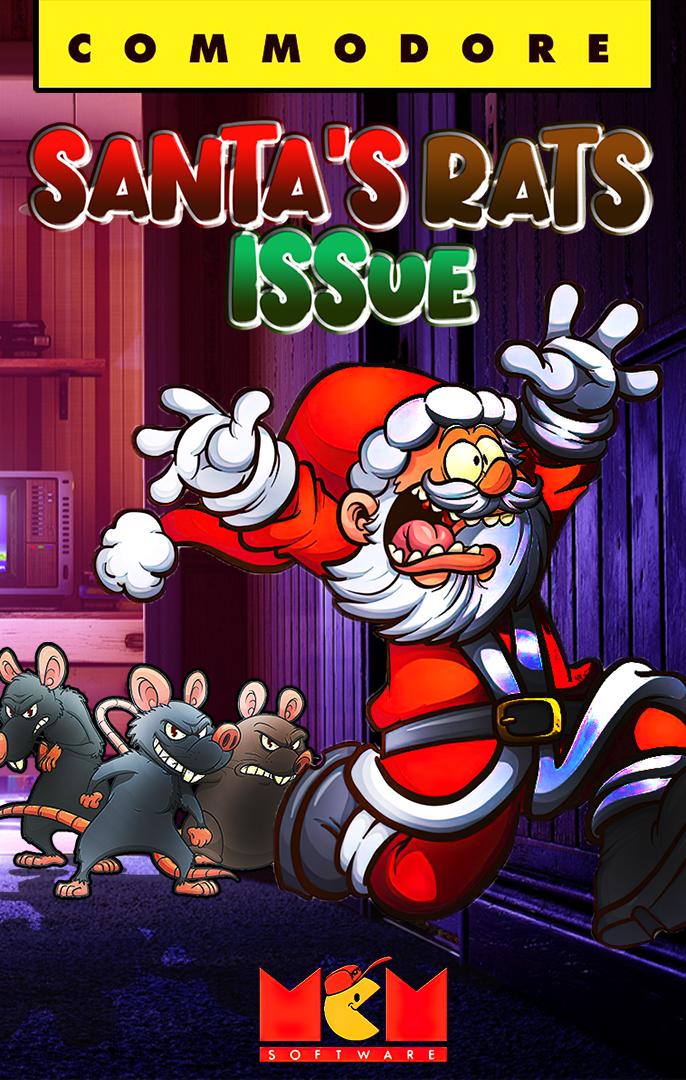 Hi Marco! Love your game. I see that you use cc65 like me.

My best attempt so far. Merry X-mas and a happy new year!

thanks :D - Merry Christmas to you too :-D

Thank you! :) Its a very challenging game in later levels! :) 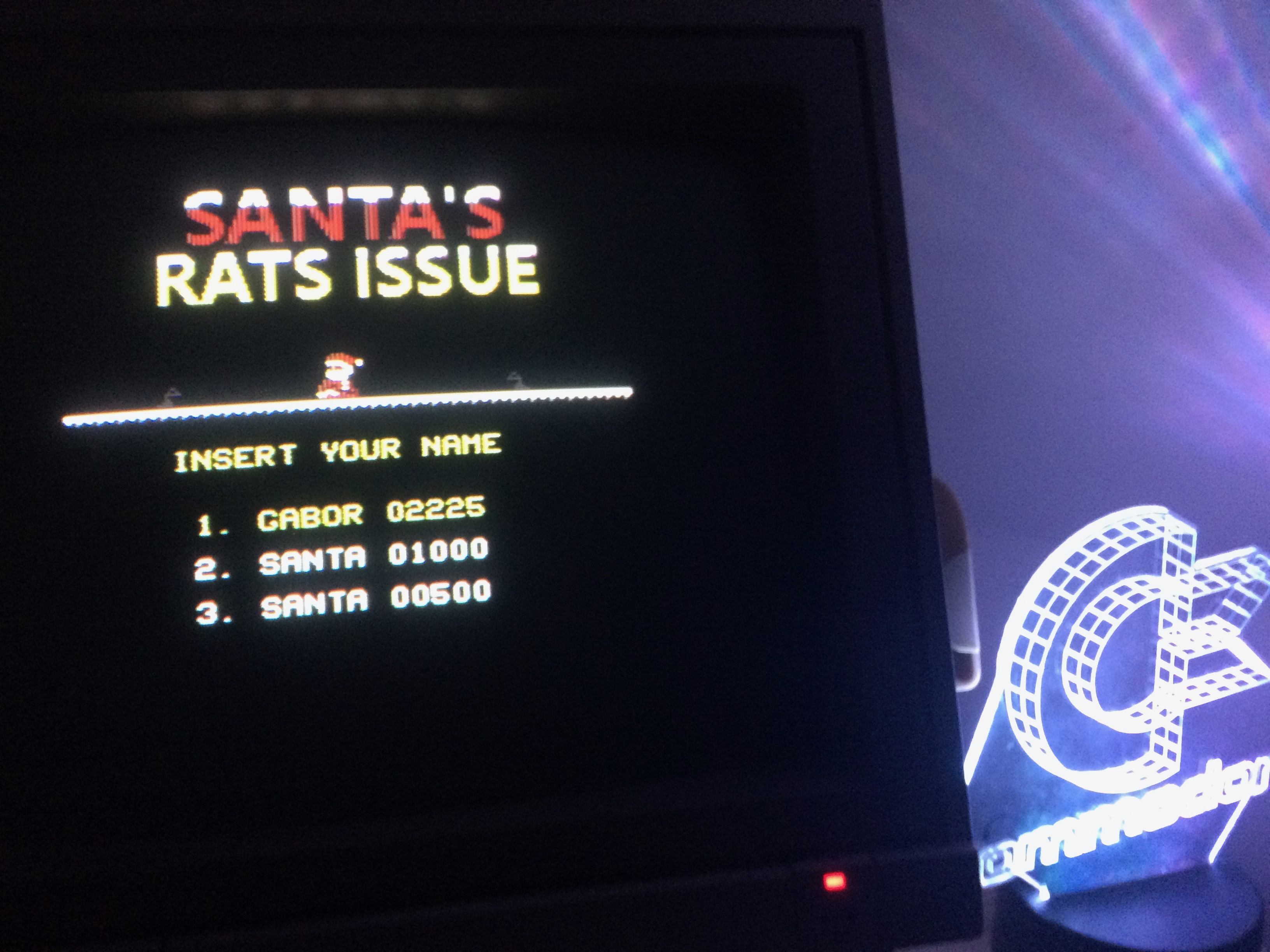 wow .-) you scored high .-) - and yes - levels get hard quite soon
(my plan is anyway to add more different ones in a next major update - there are just 3 because I wanted to be out *before* Xmas)

Good news. It was mostly hard because time was low after I collected the most of presents but I like how it can be complete the harder levels in the last seconds. :)